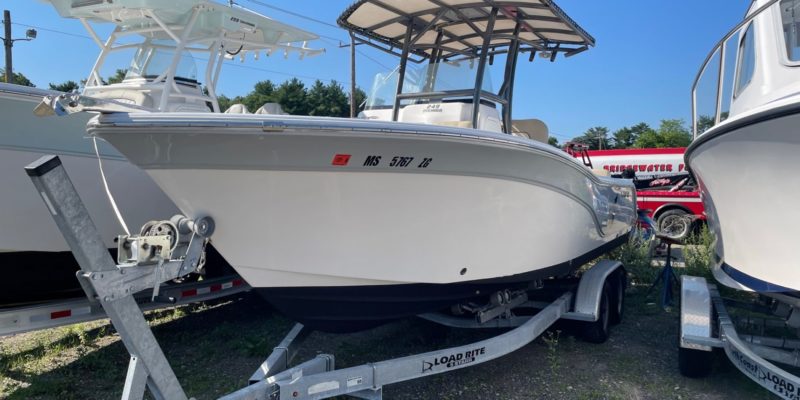 This 249 Avenger has a center console, but it extends to starboard all the way to the boat’s gunwale. Pop open the console entry, step down inside, and you have not only a head compartment but also a berth.  Large enough for a single adult, but perhaps more importantly, there’s enough room for a couple of kids to nap.  On the aft end, you get a flip-down jump seat. In the front, you have triple-wide forward seating and end up with just as much bow seating as you’d get with a bowrider, without giving up the fishability of a forward casting deck (just leave the extra cushions at home, or stow them inside that uber-huge console compartment). All the fishing goodies you expect from a center console angling machine. There’s a 40-gallon lighted livewell in the transom, rodracks under the gunwales, four flush gunwale rodholders, fishboxes under the bow seats, a 36-quart removable cooler, fresh and raw water washdowns, and coaming bolsters 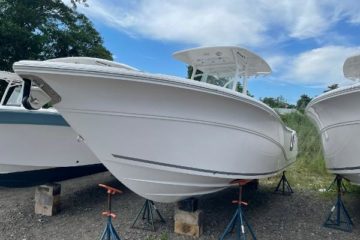 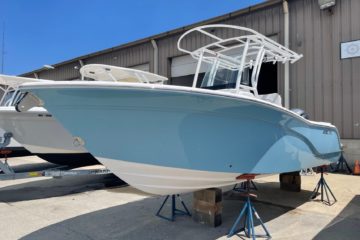